Celebrating 10 Years of Cornerstone House Centre: Reflecting on Our Journey

Today is World Alzheimer’s Day 2020, with Cumbernauld Community Health Information Hub supporting those in Scotland and around the globe seeking to raise awareness and challenge the stigma that surrounds dementia.

Dementia is an umbrella term for over 100 different types of diseases and symptoms that affect the brain cells so that the brain cannot work as well as it should. It is different from and much more severe than the natural decline in brain function which happens to most people as they age.

The significance of World Alzheimer’s Month is amplified by the fact that the number of people living with dementia across the world is increasing at an exponential rate. It is believed that around 50 million people worldwide have dementia today, with this expected to rise to 75 million by 2030 and over 130 million by 2050.

Hence, awareness raising and further research into treatment is crucial, particularly as two out of every three people globally believe there is little or no understanding of dementia in their country.

In Scotland, over 90,000 people have dementia. This mostly affects people aged 65 and over, although about 3.5% of those affected are younger than this. Mary McNeil, Development Manager at Cornerstone House Centre, commented:

“Dementia is one of the biggest health and social care challenges our country faces today and, unfortunately, the numbers affected are projected to get worse over the coming years.

“With one person diagnosed with dementia every three minutes in the UK, almost everyone knows someone affected. However, too many people face the condition alone or without adequate support.

“The theme of World Alzheimer’s Day this year is stigma, and we need everyone’s help to break the stereotypes and myths that often go with a dementia diagnosis.

“Families affected by dementia are facing an illness that’s frightening and debilitating. As such, it’s vital that we promote increased awareness around dementia in our communities, enabling more compassion and support to be offered.

“Even in this day and age, it is not uncommon for carers to have to deal with rude comments or stares whilst out in public with their loved one who has dementia.

“There are still too many people with dementia who’ve had to listen to unpleasant jokes or thoughtless comments from those who just don’t understand the realities of their illness.

“People living with dementia and their carers deserve to be treated with understanding and respect, being provided with support from all elements of society.”

The need for awareness and action around dementia has undoubtedly been heightened in 2020 by the coronavirus (COVID-19) pandemic. Given the vulnerability and age profile of individuals with dementia, it has been extremely important for those affected to follow government and healthcare advice in relation to COVID-19.

In recent years, dementia has increasingly made the news with several high profile cases documented, including well known names such as Billy McNeill, Barbara Windsor, Robin Williams and David Cassidy. Research linking contact sports (such as football and rugby) to dementia has also brought Alzheimer’s Disease into the public eye.

What is Dementia and How Does It Present?

Dementia is a syndrome associated with an ongoing decline of brain functioning. Symptoms may include memory loss, reduction in thinking speed and mental sharpness, trouble using words correctly, difficulty with understanding and judgement, changes in mood and problems doing daily activities.

As dementia affects a person’s mental abilities, they may find planning and organising difficult. Maintaining their independence may also become a problem. A person with dementia will usually need help from friends or relatives, including help with making decisions.

The symptoms of dementia usually become worse over time. In the later stage of dementia, people will not be able to take care of themselves and may lose their ability to communicate.

What Should I Do If I Recognise Symptoms of Dementia?

It’s important to know that confusion or forgetfulness does not necessarily mean someone has dementia. Many other conditions, such as infections, depression or the side effects of medication can cause similar problems. Indeed, it can be very normal for people to forget things from time to time.

It is likely that the GP will ask about the symptoms being experienced and the general health of the person affected. They may perform a physical examination or other routine tests to rule out other potential causes of symptoms.

If the GP has been able to rule out other causes and believes dementia is a possibility, they’ll make a referral to a healthcare professional that specialises in diagnosing dementia. At this stage, more detailed memory and health tests will be performed.

Remember, the sooner you get checked out the better things will be, either in terms of putting your mind at rest or getting the right treatment. Ignoring symptoms or trying to self-diagnose is not recommended under any circumstances.

What are the Causes of Dementia and How Can I Minimise Any Risk?

It’s not fully understood what causes dementia, and medical researchers all over the world continue to work to know more and develop treatments. A number of factors are known to increase the risk of dementia, however.

Age is the most notable aspect in this respect. The risk of developing dementia increases significantly with advancing age. The vast majority of people diagnosed with dementia are aged over 60. It is possible, nonetheless, for people in their 40s or 50s, or even younger, to have dementia.

It is widely accepted that smokers are more likely to develop Alzheimer’s Disease and other forms of dementia. The risk of developing dementia may be up to 70% higher in current heavy smokers than in non-smokers, with suggestions that smoking may hasten both the onset and severity of Alzheimer’s Disease. Research has also indicated that exposure to second-hand smoke could be a risk factor in dementia.

Reduced blood flow to the brain is a known cause of Vascular Dementia. This means that people with cardiovascular disease, diabetes, high cholesterol and stroke are at a higher risk. Therefore, people can reduce their risk of developing dementia by being physically active, eating healthily, stopping smoking, drinking less alcohol, avoiding certain drugs and exercising their mind.

Treatment Options and Living With Dementia

If you do receive a dementia diagnosis, treatment will depend on the type of dementia you have, the nature and severity of symptoms and the care and assistance you have and need. Through NHS Lanarkshire, you will be assigned a health or social care professional who will coordinate and tailor different types of support according to your individual needs.

The aim of treatment is to help with symptoms and slow the rate of dementia progression. Treatment is more likely to be successful if an early diagnosis is received. With the right support and treatment, it is possible to live well with dementia.

Anyone in Scotland receiving a diagnosis of dementia is entitled to at least one year’s post-diagnostic support from a named and trained Dementia Link Worker.

The Link Worker’s role is to help the person with dementia and their loved ones understand the diagnosis, learn to cope with symptoms, and have access to the right support emotionally, practically and financially.

Due to coronavirus restrictions and the particularly vulnerable position that the COVID-19 pandemic places people with dementia in, many awareness and fundraising activities planned for World Alzheimer’s Month 2020 are digitally-focussed.

There are a number of excellent local and national charities which actively take up the fight against Alzheimer’s Disease, providing valuable services for families affected and coordinating dementia research. These include Alzheimer Scotland, Dementia UK, Alzheimer’s Research UK, Age Scotland and Equals Advocacy Partnership. Individuals can lend their support by donating to or volunteering with such organisations, or signing up to become a Scottish Dementia Friend.

Further detailed information about dementia, including an online Dementia Coronavirus Information Hub, can be accessed by visiting Alzheimer Scotland’s website at www.alzscot.org.

Additionally, the organisation provides a 24-hour freephone Dementia Helpline on 0808 808 3000 for any individual with dementia or carer that needs someone to talk to. An email support service is also available through contacting helpline@alzscot.org.

Meanwhile, campaign materials and fundraising packs for World Alzheimer’s Month 2020 can be downloaded by visiting www.worldalzmonth.org. 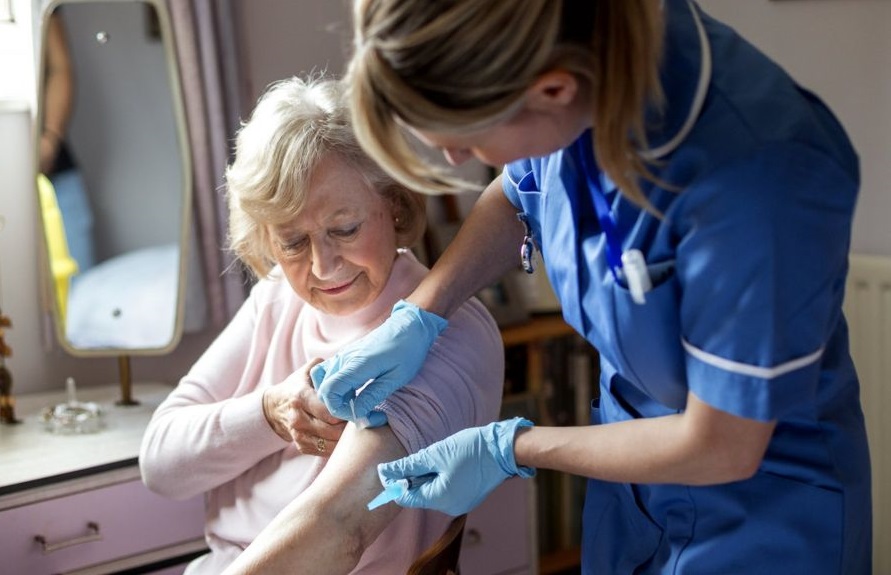 NHS Flu Vaccine Programme 2020-21: Find Out If You’re Eligible and How to Get Flu Jab 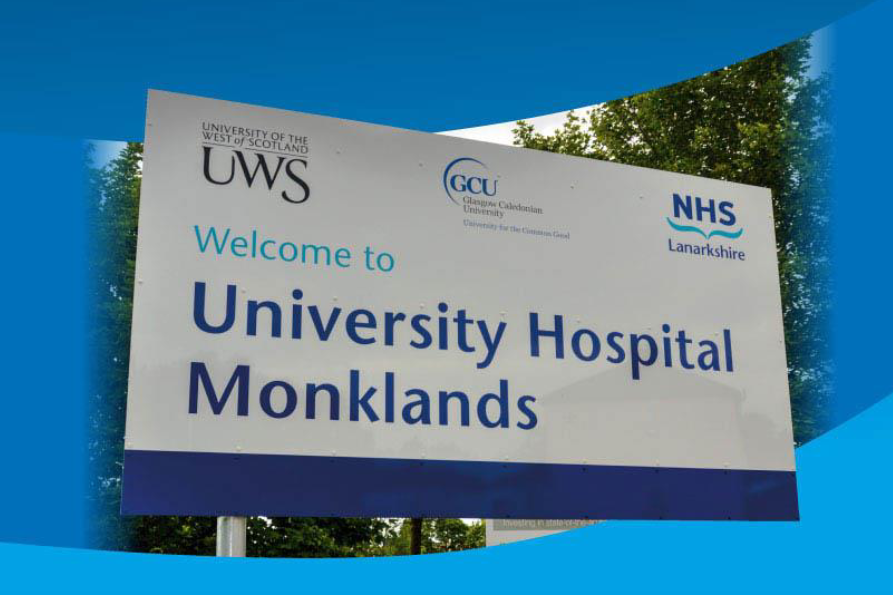